My first ever Artist in Residence, one week in lovely Kandos to try and figure out what the hell I was going to do for my Cementa work.

Spent a good quality of time up at the Kandos Museum and was fascinated with their collection of Railway objects. Met with Bob the past Kandos Station Master and had a chat to him about the railway and also met with local train drivers who frequented the Down the Track Cafe.

I had the whole of Kandos Projects to myself which was contemplative and peaceful, absorbed by surroundings, did some drawings and almost worked out what I wanted to do. 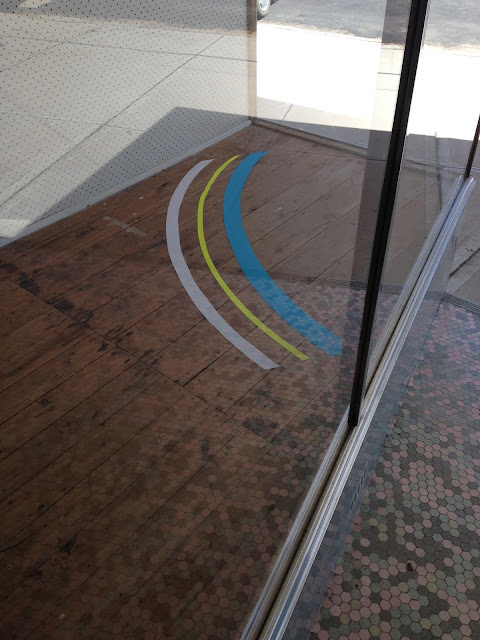 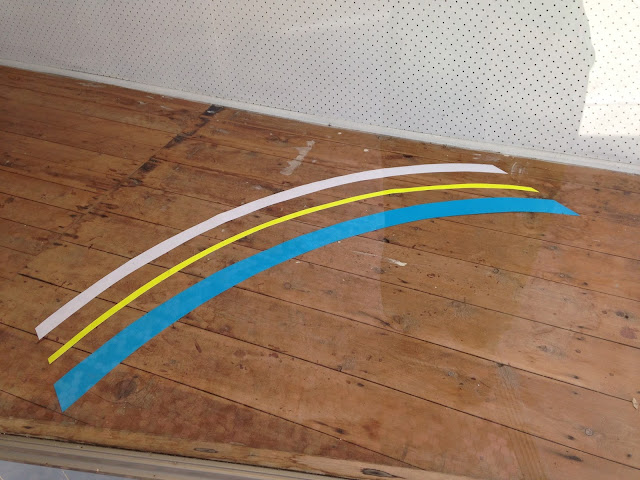 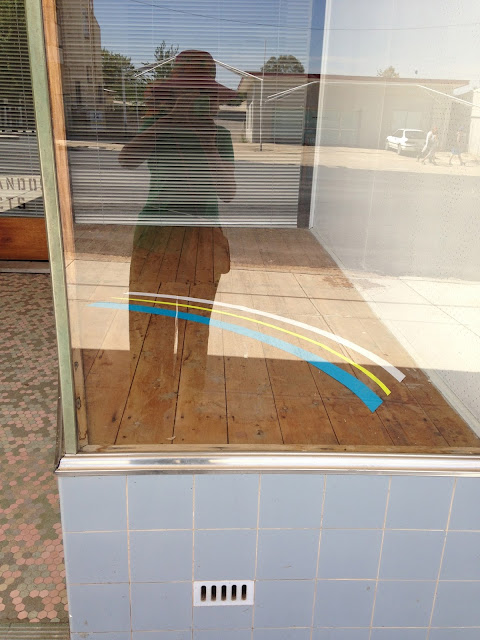 These lines which I placed inside the display window at Kandos Projects represent the Railway platform safety lines, which Kandos Station doesn't have and the curve is the curve of the platform at Kandos.
Posted by Unknown at 7:05 PM