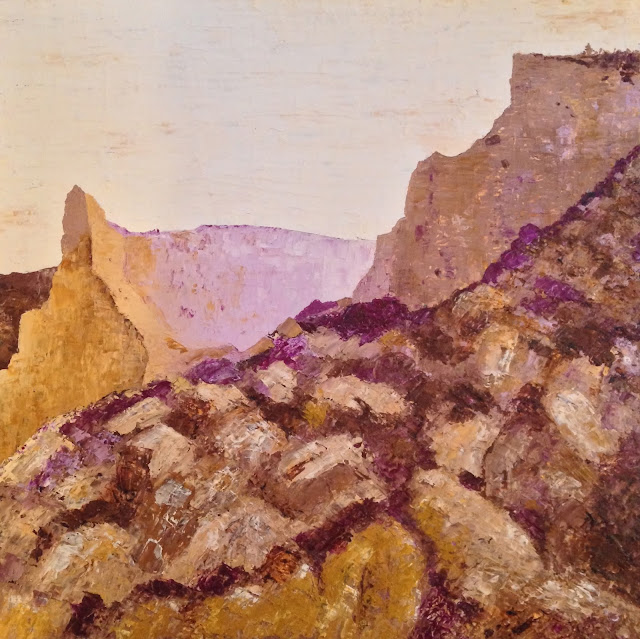 ‘The Luminous glow of the early morning before the sun appeared in the sky climbing a harsh unforgivng landscape they scrambled for footings into deep sandy crevices defeated by Turks hiding at the top leaving a memory in the yellow sand.

Anzac: The Broken Landing’
Posted by Unknown at 4:50 AM