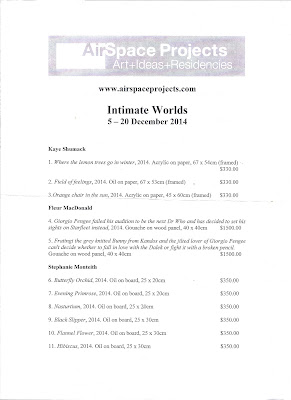 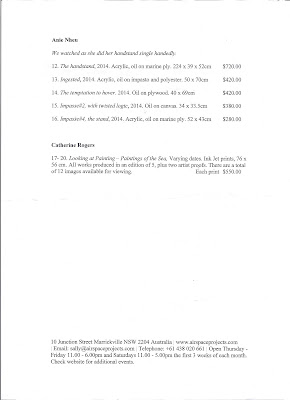 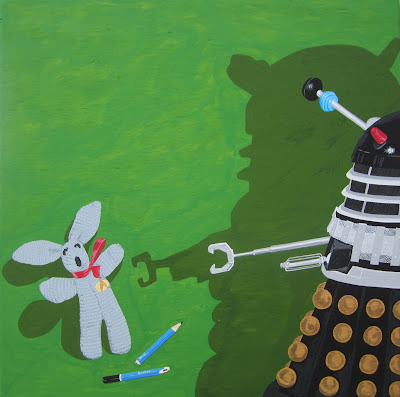 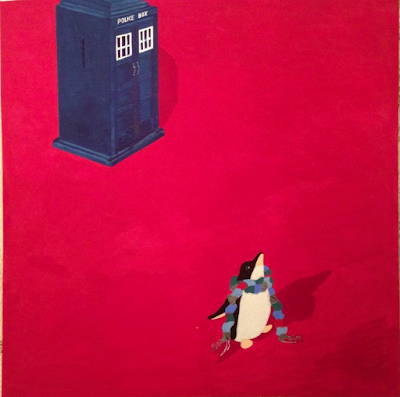 Through the medium and discourses of paint Fleur MacDonald, Stephanie Monteith, Anie Nheu, Catherine Rodgers and Kaye Shumack draw the viewer close to engage with intimate spaces and scales, from subjects ordinary to extraordinary.

1. ‘Giorgio Pengee failed his audition to be the next Dr Who and has decided to set his sights on Starfleet instead’ gouache and poly-urathane on wood panel, 40x40cm, 2014

2. ‘Fratingi the grey knitted Bunny from Kandos and the jilted lover of Giorgio Pengee can’t decide whether to fall in love with the Dalek or fight it with a broken Pencil’ gouache and poly-urathane on wood panel, 40x40cm, 2014
Posted by Unknown at 7:13 PM