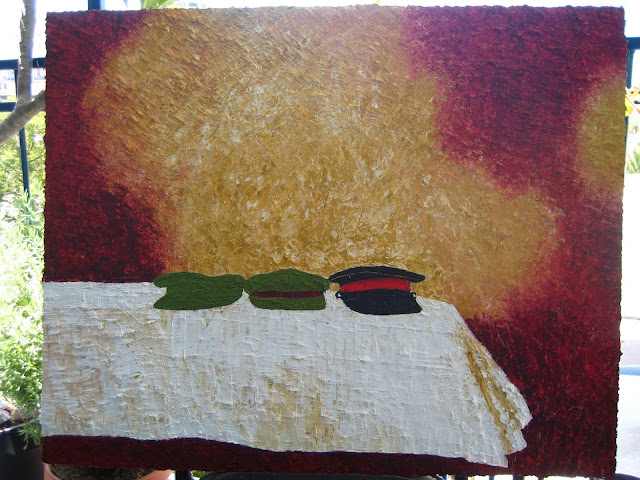 ‘Portrait of a Lost Still Life’ was my direct response to information found on my Great Uncle Private Walter Bradley Kay, of the 15th Battalion.  A.I.F who was killed in action ‘in the field’ Pozieres, Somme Sector, France on the 9th August 1916.

Walter Kay was born in 1890 in Prosperpine, Queensland; he was married with no children but elder brother to two brothers and four sisters including my mother’s mother.

His journey started on board the HMAT A48 Seang Bee which embarked from Brisbane, Queensland on the 2nd October 1915 and his journey ended with his name placed with 10,884 other names on the walls of The Australian National Memorial who were killed in France and who have no known grave.
Posted by Unknown at 4:43 AM